Today, we were tasked with taking some general, BG Myland, I believe, out to see our new proposed JSS location on Route Delta. For some reason, 2nd platoon volunteered in our place, but they didn’t know what they were volunteering for; they were out all day long. 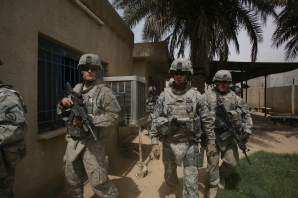 We ended up sending 1st and 3rd squads out with LT Schardt to check on the Iraqi Army positions at Charlie and Gold. When they came back, my boys got what they’ve been asking for. I led a dismounted patrol. 9 of us went out: me, 5 of my guys, Almazan and Sanchez with the 240, and Doc Bosley. 1SG Angulo said we couldn’t go out without either the PL or the PSG, but AB blew him off.

My soldiers are fucking crazy. They were talking all sorts of shit about how we were going to go walking around all over this city and pick a fight. I reminded them that only one person going on this patrol would be unsupervised, and that was me. As we were preparing to leave, LT Schardt reminded me of a nervous mother on the first day of kindergarten.

The patrol went fine. The civilians along Route Charlie were acting strangely, but the closer we got to Delta, the friendlier they became. I do think they were all a little surprised to see such a small group of soldiers walking through the streets. 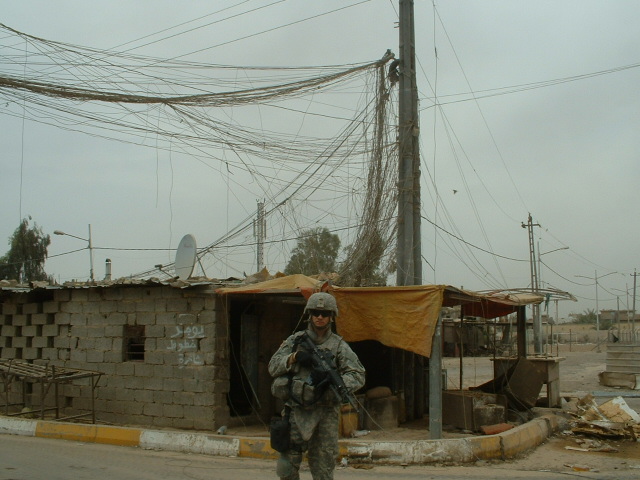 Later in the evening, we moved back to the OP at Charlie and Tennessee. My squad was assigned to vehicle security this time, and I’m extra.