Leo and I “built” a brick base for the grill. After I used the refrigerator coils to raise the fire, it has been so hot that the wooden base kept catching on fire. It was about to fall, so we used some of the bricks from the wall we knocked down.

We did a little PT (physical training) today. We have some weights out here, some of which are homemade. We have a preacher bar that someone welded out of metal pipes, and the weights are rusty break rotors. We also have a homemade metal bench, with road wheels from old Iraqi tanks as weights for that bar.

The progress out here is really quite impressive. It is going to be a huge JSS. 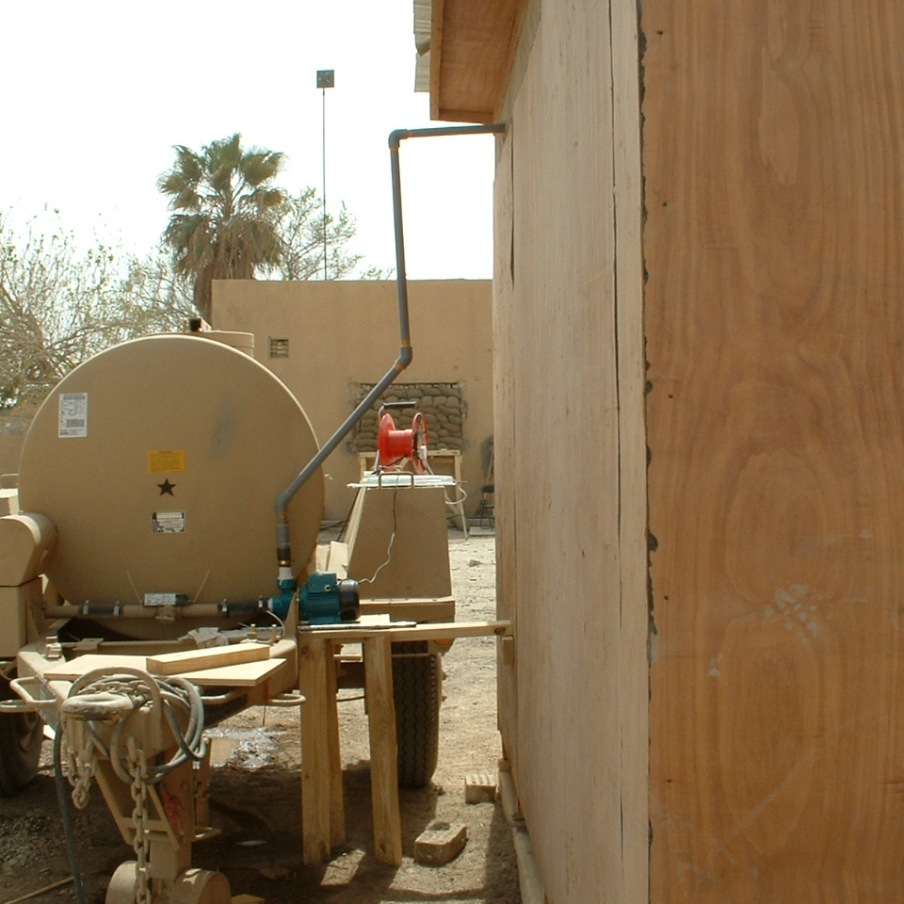 This is one way to have running water. 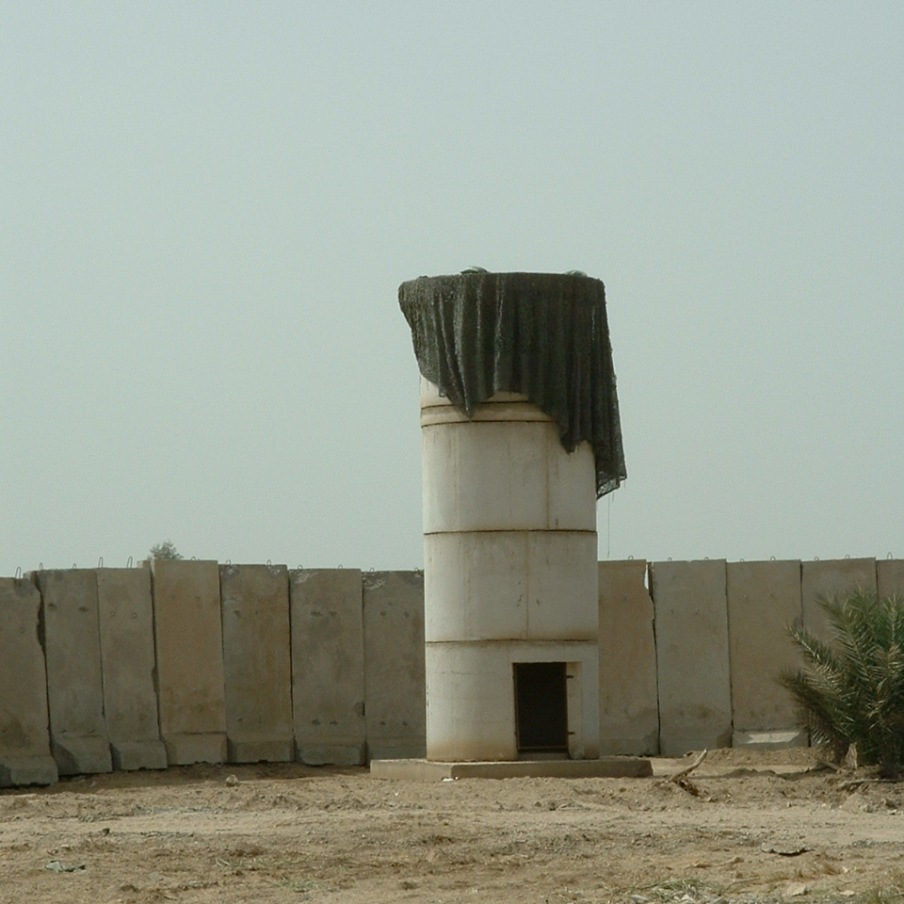 The KBR guys came in this morning with three chickens. They said that some Iraqis gave them to them. 1SG showed us a little trick, putting one of them to sleep. We considered cooking them, but in the end, we decided to give them to the Iraqi soldiers to cook.

I’m really trying to maintain this journal, but I’m struggling. My writing is sloppy because I write fast. When I have time to write, I’m either not very motivated, or I’m tired, so I’m rushing through it. I know I’m missing a lot of details. I started off trying to keep count of how many patrols we did, but that count isn’t accurate anymore. I really need to sit down and write every night, but it just isn’t always practical.