Our patrol took us back to the same area today, but we pushed further south than we have before. We came upon another CLC checkpoint in the middle of nowhere, and the men there told us that they had never seen Americans in that area before. 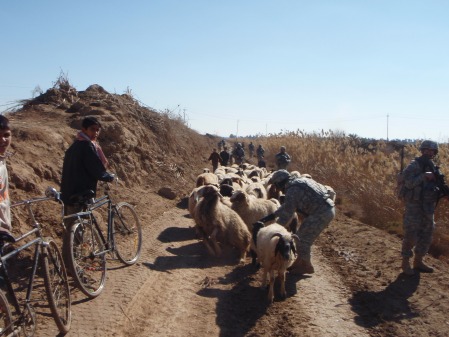 “Hey, George,” I said, “ask them where they get all of their sand bags and concertina wire, if Americans haven’t been out here before.”

George spoke to them, and replied, “they say they get all their supplies from the Mshahdh Police Station.

We are still trying to piece together our area of operations. It’s a little like those video games where the map is blacked out until you go to that particular part of the map. We haven’t been down all of these roads or visited all of these villages in our sector. We don’t have any intelligence these areas aside from maps and satellite imagery, which is comparable to what I can find on Google maps. Even with that, we aren’t sure if all of these roads are passable by Stryker. 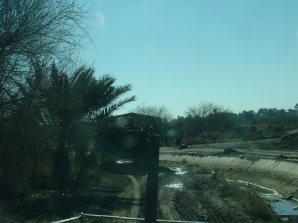 Yesterday, 2nd platoon took dirt roads north from Route Coyotes, and the entered a village that none of us had been to yet. Today, we reached the same village following a road that turns southeast off of MSR Tampa. We are slowly filling in pieces of the puzzle, learning what villages are where, who likes us and doesn’t, and which roads are good.

Today’s patrol was long, and we walked most of it. The locals that we came into contact with seemed friendly and helpful. 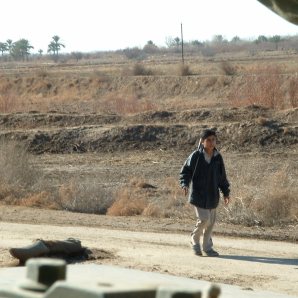 I got pissed at the vehicle crews today. We were on the ground walking, and they were trying to turn the four Strykers around. I get that the roads are narrow, and spaces to turn around are limited, but they spent almost 10 minutes chattering on the radio to get four vehicles spun around. Lloyd, finally fed up, walked over and took control. He ground-guided them and got them all facing the right direction. I was just about to tell SGT Capelli to get off the damn net (radio network). When I’m on the ground, and I have soldiers on the ground, it really pisses me off when the vehicles are tying up the radio.

We made it back in and didn’t do much else today. Our next patrol is set for tomorrow night, so I’m heading to dinner and calling it a night. I need to call Theresa, but I’m guessing she’s working already. I’ll probably get up early and try to catch her in the morning.