It has been a couple more slow and boring days. I took the intel network class that I mentioned in my last entry. Now I can search reports and post things. It’s kind of a neat tool, but I don’t know that I’ll ever actually need to use it.

We keep doing 25% layouts of our equipment. We drag everything out, well, certain listed items, wait for hours for someone to come and count it all, then we put it all away. SFC AB said we are going to be getting a new company commander soon. I wish we were getting a new first sergeant.

Tomorrow is our squad equipment layout.

I’m amazed at how poorly organized everything is. I have all my equipment, plus some extra that I’ve picked up here and there. I know exactly where my stuff is, and it is all locked away securely. Sgt. Heckman and Sgt. Capelli can’t find all of their equipment, but that’s understandable because they kind of fell into the job. Leo can’t find his shit either. I don’t get it. We packed it, locked it up, and loaded it into vehicles or containers. How is stuff missing?

We were all given a shitload of batteries before we left, and now my squad is the only one that has any, so I’m having to give up some of my supply. That’s pretty much how everything is going around here.

I’m looking forward to tomorrow at least. I’m going to do a 100% inventory of all of my equipment, and then I’ll get things signed out to my soldiers, and that’ll be that.

I about lost my shit today. My guys were supposed to help get bottled water for the company at 0800. The PL told me that the time had changed to 0630. When I told the guys, they started whining about how they didn’t know how they were supposed to be able to wake up on time without an alarm clock. I kind of flipped out and told them that they were grown ass men, and that I’m not their fucking mother. Of course, then the damn water didn’t show up until almost lunch time.

We heard today that an Iraqi Army soldier opened up on American forces in Mosul a couple of days ago. I don’t trust those guys, and I really don’t like the idea of working with them.

Theresa sent me some pajama pants, and it has been nice wearing them around my room. I’ve never really been on a deployment where I was super comfortable. So far, other than shit being frustrating, this hasn’t been too bad at all. Hell, I even grilled some steaks tonight. They tasted just like home. I’m hoping that I can get the guys to do that about every other week or so. It’s a nice break from reality. I’ve got to get some utensils though, because all I had to work with was a big ass commando knife. 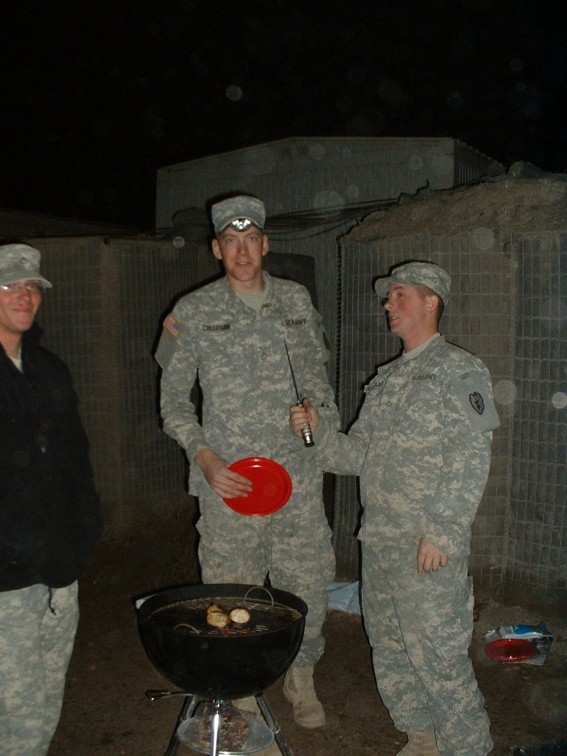 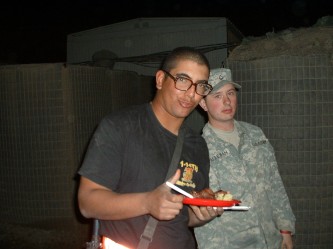 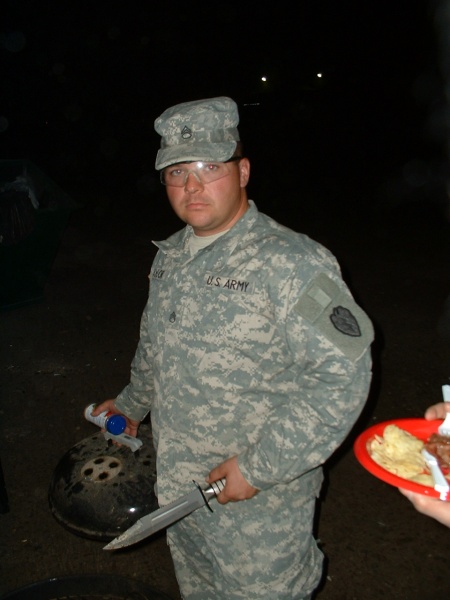