“Sergeant Taylor, First Sergeant wants to see you in the company CP for the platoon sergeant meeting.”

“I’ll be right there,” I said, as I sat up. Getting up from my green canvas cot, I pulled on my desert camouflage uniform shirt and buttoned it. I grabbed my M4 and slipped the sling over my shoulder as I walked toward the door.

When I stepped out of my dark tent, bright African sunlight assaulted my eyes. It was mid-afternoon in October, but the temps still hovered around the 100 degree mark nearly every day. Before my eyes had completely adjusted, sweat was beading up on my forehead, and my brown undershirt was sticking to my skin. I hate this fuckin’ place, I thought to myself as I walked down the gravel path between rows of tan tents.

I stepped into the company CP and found my 1SG and the platoon sergeants from headquarters, first, and third platoons sitting around rickety table made of plywood and scrap 2x4s. “Sergeant Taylor, just the guy we were looking for. I’ve got a mission for you,” First Sergeant said.

Aww shit. I’m supposed to be going home in less than a week. My platoon was in Dire Dawa, Ethiopia, a couple hundred miles south of our camp. The platoons in my company were doing two week rotations between Camp Lemonier, in Djibouti, and Camp Ramrod, in Dire Dawa, Ethiopia. I had been left behind, because I was on orders to PCS from Fort Drum, NY to Schofield Barracks, HI. Basically, I was leaving one deployment to move from NY to HI, so that I could get ready for another deployment. What the fuck do I have to do now? “Sure, First Sergeant, what do you need?”

First Sergeant explained, “Your platoon is doing a MEDCAP with a civil affairs unit, and they need some more medical supplies. I need you to get this box down to them tomorrow.”

“No problem, 1SG.” I grabbed the box, and asked, “What do I need to do about transportation?”

“Just walk down to the flight line tomorrow morning at 0600. There are usually flight crews working on their birds in the morning. Find one that is going to Dire Dawa sometime tomorrow, and see if you can catch a ride. Hopefully they’ll be able to get you back tomorrow too.”

All of our aviation assets in Camp Lemonier were either Marine or Air Force. Anytime we had to fly, we flew on CH-53 Sea Stallions. They were bulky gray helicopters, and they leaked unbelievable amounts of hydraulic fluid. When the helicopters banked, the fluid would drip from the ceiling, or run down the walls. The floors that we sat on were always slick and oily. I don’t think a single soldier in my company left Africa without greasy brown stains all over his uniforms from riding in the back of those leaky helicopters.

The next morning rolled around, and I was at the flight line at 0600, as instructed. I had everything that I needed for the trip, since I had no idea when I might leave. I wore my body armor and Kevlar helmet. I carried my M4 rifle, and my black 12-gague shorty shotgun. I also had the box of medical supplies, and a rucksack that was packed for a couple of days. I really did not believe that I would manage to get there and back in the same day.

I approached the open ramp of the nearest helicopter and saw one of the Marine crew members inside. “Do you know if anyone is flying to Dire Dawa today? I need to deliver some medical supplies to a unit down there.”

“We aren’t flying today, Sergeant,” he said walking toward the back of the helicopter. He stepped down the ramp and pointed to another bird parked near the other end of the row of helicopters. He suggested that I ask someone down there.

I moved down the flight line, starting to sweat from all of the gear that I was carrying. I’m glad they had me clean my gear for customs already. This shit is going to be covered in dust and sand again.

I walked up to the back of another Sea Stallion, and asked the Marine inside if he knew of anyone flying to Dire Dawa. “I’m supposed to hand deliver this box to a unit down there, and they need it today,” I explained.

“We are heading down there this morning, Sergeant. We are supposed to be wheels up in about forty minutes,” he said.

“Can I catch a ride with you?”

“Sure, I just need to add your name, social, and blood type to our flight manifest.”

I chuckled to myself thinking, holy shit. This is actually going to work. I’m going to hitchhike from one country to another on a damn Marine helicopter. I put the box in the back of the bird and gave the crewman my information. I sat down on canvas seat in the back of the helicopter and pulled a cereal bar and a warm Coca-Cola Lite from my cargo pocket. Breakfast of Champions, I thought. I couldn’t wait to be home to real food in just a few days.

I sat there waiting, and I wondered if I was going to have the whole back of this bird to myself. After about twenty minutes, the crew members climbed in and started getting into their gear. Helmets were going on. Machine guns on the sides and on the tail ramp were being loaded. The pilot and copilot climbed in and started flipping switches and pushing buttons. The helicopter came to life. The engines started to whine, and cockpit lights turned on or flashed on and off.

Just as the rotors were starting to turn, several Marine Corps officers climbed on board. There was a colonel, a couple of majors, and then two or three captains. They did not appear to be infantry officers, as none of them were wearing any sort of tactical kit. They each had pistols in hip holsters, and their uniforms were neat and clean. Even their boots were nice and new looking.

As they climbed into their seats, they each put on safety glasses and helmets. One of the majors sat down next to me, and from the way he was scrambling to find the female end of his seat belt, I got the idea that he was a little nervous. He appeared to be relieved when he had finally fastened his seat belt and pulled the straps at each end to tighten it.

I slipped some ear plugs into my ears, and leaned my head back against the inside wall of the helicopter and closed my eyes. Over the growing noise of the whining engines, I heard someone trying to talk to me. “Hey Sergeant, are you our…” I opened my eyes and saw this very nervous major looking at me and talking.

I pulled the ear plug out of my right ear and leaned towards him. “What’s that, sir?”

“Are you our security, in case we go down?”

Is this guy fucking serious? I held back my laughter. Did this major really just ask me if I am his security…in case we fucking crash? I smiled at him and gave him a thumbs up. “Yes, Sir. If we go down, just get behind me. You’ll be alright,” I said as I slipped the ear plug back into my ear. Still chuckling to myself, I took my helmet off and leaned my head back closing my eyes again.

The crew chief signaled that we were ready to move, and the ramp raised a couple of feet off the ground. The bird started to shake, and we began rolling forward. We taxied away from the rest of the parked helicopters and moved toward the runway. Once there, the pilot turned and stopped the bird. We sat waiting, I assume, for clearance to take off. After just a moment, the helicopter got much louder, dust kicked up from the runway, and the bird started shaking and bouncing. Once up to speed, the pilot pulled back on his stick and the rotors started making the loud whop, whop, whop sound as they pushed down hard on the sticky morning air.

The wheels left the tarmac, and we hung there, wobbling side to side for just a few seconds until the pilot tipped the nose forward and the ground fell away from us.The Marine officers made it to their destination safely, and I managed to hitchhike back to Djibouti in time for dinner that night. 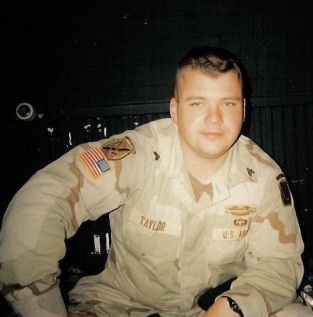